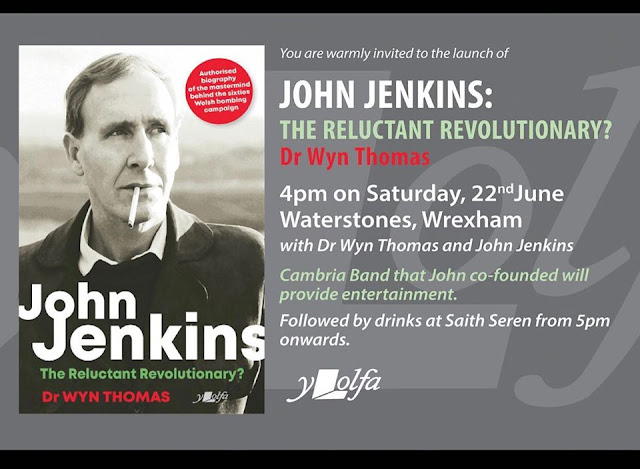 Posted by nickglais at 01:20 No comments: 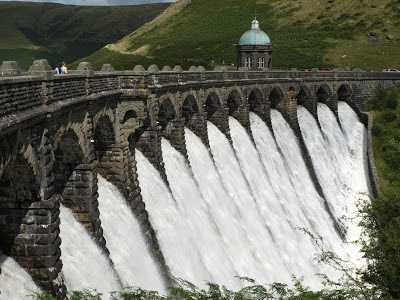 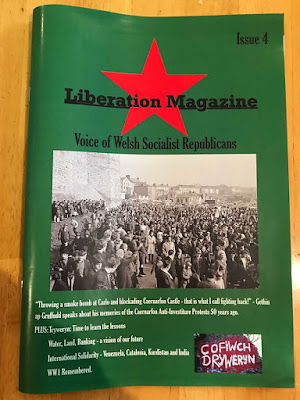 
In 1969 as a boarder at an English Prep School I first encountered the horrors of the British Sate. I was force fed a diet of the Monarchy and Imperialism.

My reaction to the events of July 1989 were the origin of my commitment to an Independent Welsh Socialist Republic.

Some fifty years later as July 2019 approaches I find myself a Welsh Republican Socialist fully aware of my beliefs and outlook.

The Welsh Socialist Republican tradition is spread between many parties in Wales . I find it articulated clearly and forcefully in this Julys copy of `Liberation`. The magazine brings together all of the necessary themes.

The sheer size of the castle in Caernarvon brings home the reality of military occupation. It was 750 years ago yet you still realize how the domination of the town and the port shows how thoroughly the area was garrisoned. The castles of Edward 1 at Harlech, Caernarvon Beaumaris, Conway show the iron heel of the Anglo Norman state across north Wales.

It was this Anglo Norman state that learnt the model that made Wales the first colony, the model that would be used in Ireland and in Sicily. In the castle of Caernarvon on a gigantic Chess board are the figures of the conquest.

The largest is Edward Longshanks himself brooding, in control and dominating all the others. I saw further evidence the line of the princes of Wales from imagination, through Vortigen created, constructed, the mysterious gap from the last Welsh ruler to the present Saxe-Coberg- Gothas claiming the title.

It was a military occupation first and foremost and brought home to me even more powerfully than before of this process. One branch of my family comes from North Wales and I have always been aware of how the Arthurian legends come from Wales, from Brittany and of how the Imagination form the base of so much of the borrowed, purloined culture of the Anglo Norman state. A returning Arthur would have by definition opposed them, and would have created an Celtic faith far different from the patriarchal war processing state that the Anglo Normans imposed. Yet this was something I realized much later.

In Carnarvon some years ago passed a book shop where I see in the window a book by Gideon Brough called” The rise and Fall of Owain Glyn Dwr. The book is very important. It stresses the Welsh revolt here as an important part of the Hundreds Year war.

For too long this revolt was seen as a sub plot of a rebellion by an obscure Welshman against the King. Brough sees this campaign as part of a wider European war. He stresses the role of Glyn Dwr not only as a soldier but also as a thinker and as an administrator. He stresses the role of a separate rebel state in terms of law and administration and recognizes its value to a sense of Welsh identity.

Glyn Dwr brought down the Edwardian state in Wales, he had real roots in the Welsh population. We cannot claim him as the founder of a modern Welsh nationalist identity but we can rescue him from obscurity and denial. They never told me about him at Prep School I just heard of the Edwardian conquest. They never told me of Hywell Dda, of Gruffudd Ap Llywelyn, and of the knowledge, culture and learning within Wales prior to the building of Caernarvon and the Anglo Norman occupation.

I notice that now liberated from the leadership of Plaid Leanne Wood has returned to her roots. She describes herself once more as a Welsh Republican Socialist. That is to be welcomed ..it's often a truism that when Socialists are elected to lead Social Democratic parties they are often imprisoned by the entrenched "moderates". Unlike Corbyn Leanne Wood had no Momentum like organization to reform the party.

Leanne is a street fighter who understands the issue that it is policies that count and not personalities. However, that the Left in Plaid are organizing and will push for a resistance to the drift to the right. It was interesting how Leanne in her interview this week pointed out that Adam Price had effectively written the last two Plaid manifestos.

It's also interesting that Adam Price has created massive expectations for progress. I suspect that many who supported his campaign may well reflect upon this. I cannot really see how things will be any different in the run up till 2021.

The Left in Wales is now spread between Momentum and the Eco Socialist wing of Plaid.

As the Tory Party implodes and the drama of Brexit widens a little known historical period comes to an end in Wales. Neil McEvoy's suspension from Plaid Cymru comes to an end today. Prince Neil has said that he intends to reapply to Plaid. A year ago Plaid had another leader now it has Adam Price. The question is quite clear what will Adam Price do now?

It's been an open secret that Neil McEvoy was the architect of Plaids victory in the Cardiff council ward of Ely last month. In 2016 Neil McEvoy ran Labor close in Cardiff West. The next Assembly election in 2021 is three years away. What thoughts must run through Adam Price's mind. ? What is the price of ambition? What is the price Adam would pay? It was quite clear that last year none of the Plaid Assembly group would work with Prince Neil. But that was a year ago. The British state is cracking under the pressure of Brexit and as the constitutional crisis deepens who knows what Plaid will decide?

Those men around Prince Neil are unreconstructed males who 'fear" strong women and regard identity and sexuality issues as a fringe matter. For many of them an independent Wales is essentially a UKIP lite state mediated through Welsh culture.

Those in this masculinist Praetorian guard around the Augustus of Ely are a light year from many of the excellent Eco socialists that can be found within Plaid. With their dislike of feminism Neil's boys are a strange mix of ontological insecurity and fear of the other. They use the lexicon and jargon of the alt right, raging against social justice warriors and those who practice virtue signaling.

Neil's men have a quaint outlook but the next stage will be more to do with the decision of Plaids governing body and the Mab Darogan himself. King Arthur fell because of Mordred's entry into Camelot.

In many ancient texts Carmarthen was long associated with the Arthurian cycle of legends. Will King Adam experience this cycle of betrayal and destruction?

All of the above themes are mention within the magazine. The challenge for the conventional view of the Brit Left  is clearly stated yet so many  of this group still fail to understand the difference between national self-determination and the right wing nationalism of the British state so encapsulated in the Tory Party, the Brexit Party and UKIP.

An indigenous Welsh Right and crypto fascism is suggested as coming into existence.

Liberation forms an essential link to appreciating where Wales stands in relation to the problems of late capitalism and in particular to the British state.

`Liberation` has provoked within me many questions and speculation about that fate of  Wales and its political structure.

It asks deep searching question of the Welsh national Movement that cannot be avoided.

It provokes uncomfortable but essential challenge to the Left and its tools of analysis and action. 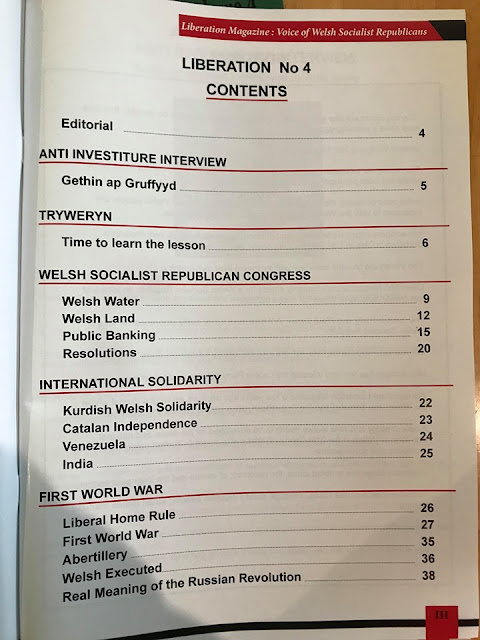 Posted by nickglais at 08:22 No comments: 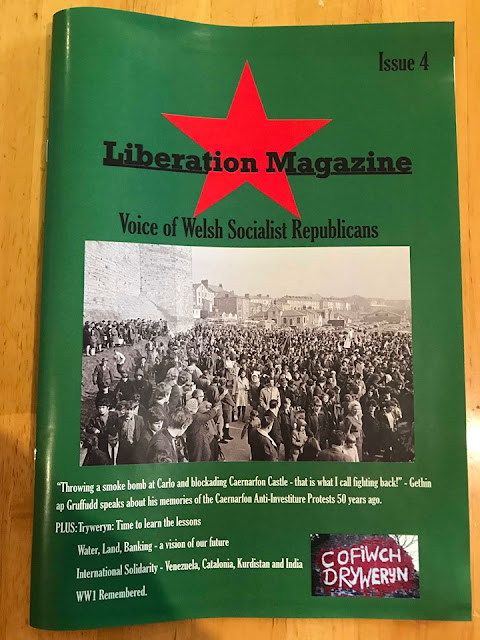 Posted by nickglais at 00:40 No comments: