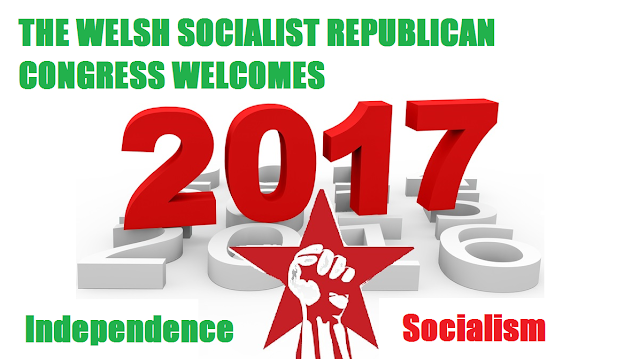 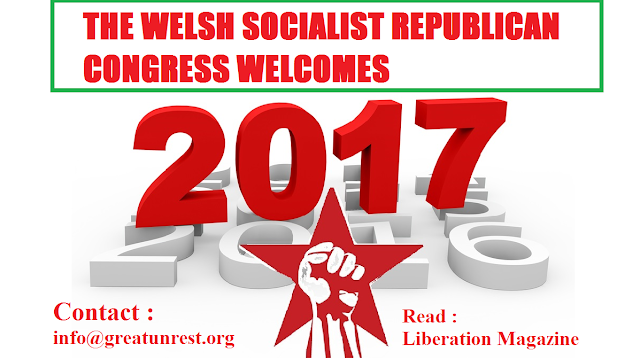 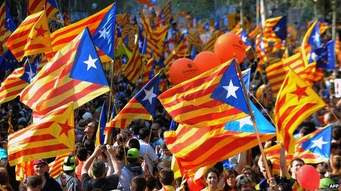 Time to come to support of our Catalan brothers and sisters and create an inter - nationalist Europe not a supra nationalist one in 2017.

Salute to our brothers and sisters in Catalonia

Solidarity from Yr Aflonyddwch Mawr for Independence and Socialism

Harri Webb : When Christ was born on Dowlais Top 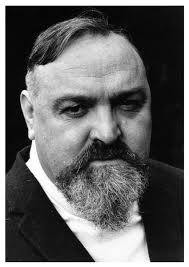 WHEN CHRIST WAS BORN ON DOWLAIS TOP

When Christ was born on Dowlais Top
The ironworks were all on stop
The money wasn't coming in
But there was no room at the Half-Moon Inn.
The shepherds came from Twyn-y-waun,
And three kings by the Merthyr and Brecon line.
The star shone over the Beacons' ridge
And the angels sang by Rhymney Bridge.
When Christ turned water into stout
A lot of people were most put out,
And wrote cross letters to the paper,
Protesting at such a wicked caper.
When Christ fed the unemployed,
The authorities were most annoyed.
'He hasn't gone through the proper channels',
Said the public men on the boards and panels.
When Christ walked upon Swansea Bay
The people looked the other way,
And murmured: 'This is not at all
The sort of thing that suits Porthcawl'.
When Christ preached the sermon on Kilvey Hill
He'd have dropped dead if looks could kill.
And as they listened to the Beatitudes,
They sniffed with scorn and sneered 'Platitudes'.
When Christ was hanged in Cardiff Jail,
'Good riddance', said the Western Mail.
But, daro, weren't all their faces red
When He came to judge the quick and the dead.

Thanks to Robert Griffiths for pubishing this poem of Harri Webb's

Posted by nickglais at 12:50 No comments:

A Child's Christmas in Wales read by Dylan Thomas

"I take my stand with any revolutionary body that asserts it to be the right of all men to share, equally and impartially, every production of man… from the sources of production at man’s disposal". Dylan Thomas, New Verse (1934). 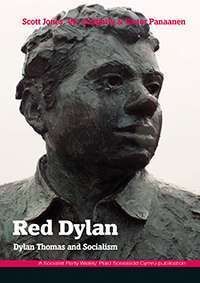 Posted by nickglais at 10:26 No comments: 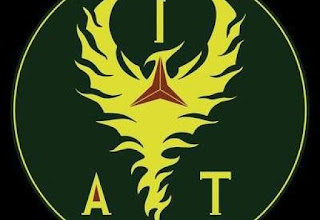 The battalion, formed by foreign volunteers from around the globe was declared on 19 December 2016 with a press statement.

The statement by the group, which was released online read:

"Today a group of fellow anti-fascists, internationalists, anarchists, communists, socialists and libertarians are appealing for support to the revolution of Rojava and so joining struggle of the oppressed. We come from the shadow of the western capitalist world, to fight and to learn from our fellow comrades in Rojava how to claim freedom and the right to exist.

With their courage we hope to create a life without oppression and persecution, a world without fascism and obscurantism.

We set sail towards this goal pushed by the winds of liberty, equality, and respect for the Earth.

This is the way of those exceptional people who have sailed towards oblivion leaving an unquenchable heat inside our hearts.

It is the same warmth that we feel now, that animates us, that drove us across the threshold of the flames of the struggle of the Democratic Federation of Northern Syria."

The group's symbol, a phoenix is taken from the revolutionaries who fought Franco's fascism in 1935 the statement said. 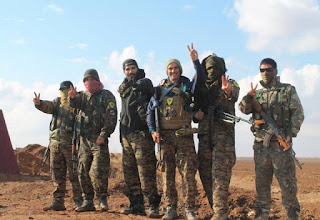 "Every comrade, here, now, fights for the light, with the living memory of previous partisan struggles, for a better world, that have led up to these fiery lands. So, with the name of our unit, we want to remember the comrade Martyr lvana Hoffman, who fell valiantly fighting ISIS on the Tell Tamir front, in March 2015. Together we fight to defend those values, which we retain in our hearts. We take our symbol from the revolutionaries who fought in Spain, in 1935, for a world without borders, without shadows and without fear— History did not defeat them. Their dreams did not die, but are now reborn with us, with each comrade, who now fights in Rojava. As a phoenix always rises from the ashes, so the fire of the Revolution, will continue to burn forever."

Hundreds of foreign volunteers have travelled to Rojava since the social revolution there gained international recognition with the fight against the Islamic State (ISIS) group in Kobane in 2014. More than a dozen volunteers have died in the ranks of the People's Protection Units (YPG) and Syrian Democratic Forces (SDF).

Posted by nickglais at 12:43 No comments:

Posted by nickglais at 03:28 No comments:

Rojava: An Experiment in Radical Direct Democracy Within a War-Torn Country

Posted by nickglais at 11:11 No comments:

All Democracy is Local : The Battle for Free Speech in Carmarthenshire - The Case of Jacqui Thompson

The Case of Blogger Jacqui Thompson who criticised. Carmarthenshire County Council Chief Executive Mark James and was subsequently taken to court on public funds with damages of 190,000 pounds being awarded against her should be known wider than Carmarthenshire  as it sends a chill about freedom of speech and criticism of petty authority.

Because all real democracy is local. 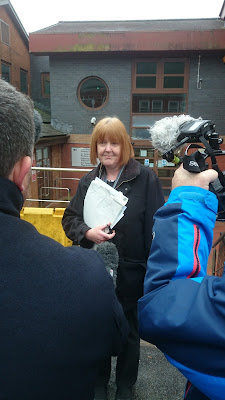 Yr Aflonyddwch Mawr  supports Jacqui Thompson and calls on Wales to support her.

A blogger who lost a libel case with Carmarthenshire council's chief executive could be forced to sell her house to pay the legal costs.

Jacqui Thompson from Llanwrda faces a £190,000 bill after a failed libel action against Mark James.

He counter-sued for posts made on her blog and received £25,000 in damages.

On Friday, the council was granted a charging order which means Ms Thompson can be ordered to sell her home if she cannot pay her debt.

Ms Thompson was arrested in June 2011 after refusing to stop filming a council meeting for her blog, in which she was critical of the council.

She sued Mr James the following November, but he successfully counter-sued for posts made on her blog and received damages.
The High Court found Ms Thompson had run a campaign of "harassment, defamation and intimidation" against Mr James.

"They could enforce the charging order at any time. They could do it tomorrow, they do it in 10 years' time."

Posted by nickglais at 06:56 No comments: 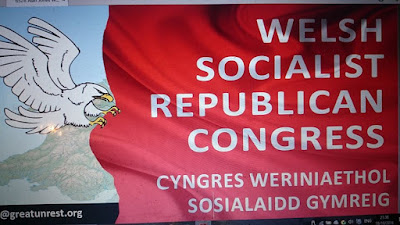 On the 29th/30th October the First  Welsh Socialist Republican Congress in 21st Century was held in Merthyr.

The Congress adopted two resolutions on Wales, one on Independence and Socialism and another on the Policies of the Welsh Socialist Republican Congress on Land, Water and Public Banking.

These two resolutions had been discussed at Pre- Congress meetings in Carmarthen, Merthyr and Wrexham - we also put posters up in 40 Welsh Towns during the months preceding the Congress announcing our existence to the people of Wales.

Two solidarity messages were read out at Congress and videoed and sent to Kurdish and Indian comrades currently engaged in struggle.

Concerning organisational  questions the Welsh Socialist Republican Congress will meet at minimum once a year to ensure that the policies and activities agreed upon are carried out.

All voting in the Congress is based on one vote one person, although community organisations can affiliate to the Welsh Socialist Republican Congress all voting is done individually not organizationally.

In the first quarter of 2017 meetings will be held in Carmarthen, Merthyr and Wrexham  to promote the policies of the Wesh Socialist Republican Congress and to carry out solidarity with Kurdish Struggle.

We also plan leaflets and videos on our new strategy of counter power for an Independent  Socialist Wales in 2017.