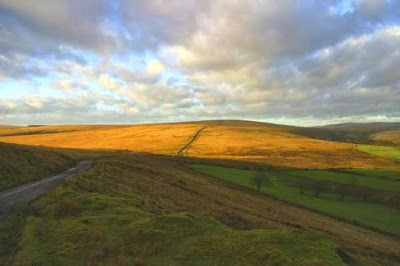 CAMPAIGNERS who have fought a 24 year battle to stop a wind farm being built on a mountain outside Swansea have hailed a Welsh Government ruling as momentous.


RWE Innogy UK already had the necessary planning consent for the controversial proposal at Mynydd y Gwair in Felindre but needed the go-ahead to exchange common land to make it viable.

But Deputy Minister for Farming and Food Rebecca Evans has backed a planning inspector's report on that issue and refused the company consent to offer alternative land in exchange for the deregulation of common land.

As objectors to the scheme celebrated the decision, though, RWE Innogy UK confirmed it would be looking to put in a new common land application.
The protestors, who have battled against this and other proposals on the site for 24 years, say the company should now drop its plans for the area.
Glyn Morgan, leader of Socme - Save Our Common Mountain Environment – said: "We are ecstatic. At last the local views of local people have been listened to. The battle to save Mynydd y Gwair has taken 24 years, 11 of them with this application alone. It has had two public inquiries, a court of appeal hearing and a judicial review. In a nutshell they did not have permission to exchange common land.
" There were so many objections. I hope this is the end. It's clear that local people do not want a wind farm at Myyndd y Gwair. I think we will be celebrating. We are going to have a good look at the report to see if there are any concerns, But if I was them I would walk away. We have had support from organisations including the Gower Society and West Glamorgan Commoners' Association. The support has been incredible.",
Brigitte Rowlands, secretary of the commoners' association, said: "We have been fighting this for 12 years. We have put a lot of effort and a lot of time into it. It's security for all of us farmers. .We hope that this will be the end of it. It is a fantastic result . We really enjoy living here in what is rugged and natural countryside. We don't want it spoiled and if it was industralised it would be spoilt."
Swansea Council ward member Ioan Richard said: "It is quite momentous. It is 24 years we have been fighting this, against different people. These people do not understand the word no, but this should be the final no."
But RWE Innogy UK's Mynydd y Gwair Wind Farm development manager Gwenllian Elias said: "Mynydd y Gwair is a very deliverable and well-designed project - it is within Welsh Government's own TAN 8 designated development area, already has planning permission from the City and County of Swansea, and a 'seal of approval' as a value for money scheme from the Department of Energy and Climate Change, in its first CfD subsidy auction earlier this year.
"For this application to be turned down, despite the project itself aligning with Welsh Government policy on renewables and onshore wind, is profoundly disappointing and frustrating.
"This project represents around £50 million in capital investment as well as local jobs, apprenticeships, and annual community investment funding of £240,000. We will need to review the reasons behind the decision with a view to resubmitting a new common land application, in order to protect these benefits for Wales and the wider environment."
VICTORY: MYNYDD Y GWAIR COMMON SENSE PREVAILS
The Inquiry of last year into Mynydd y Gwair Wind Farm has come out in favour of denying RWE pemission to grab Common Land on MAWR to make their Turbine Transport Road possible, in general the enquiry came out with a big no to the Mynydd y Gwair Wind Farm.

Much thanks and congratulations goes to the Commoners of MAWR and the campaign group SOCME also Pontardulais council who have been unlike Swansea Council persistant in opposition to the sacrilage of our natural heritage in the Land Scape.

Little thanks is owed to Nationalists (also Republicans and Socialists) or their organisations who have refrained from campaigning to defend MAWR from RWE and further profiteering by the English Aristocrat The Duke of Somerset of the Beaufort Bunch.

http://www.bbc.co.uk/news/uk-wales-south-west-wales-33458933
Yr Aflonyddwch Mawr says thanks to our comrades Partisan Cymru Members Sian Ifan and Gethin Gruffydd who for many years have been persistant in Campaigning against the Wind Milling of Wales , not least across Mawr in opposition to the Mynydd y Gwair Wind Farm
http://partisan2011.blogspot.co.uk/2014_07_01_archive.html
http://partisan2011.blogspot.co.uk/
Also see Partisan Cymru/GreatUnrest campaigning against Mynydd y Betws Wind Farm
http://cymruncodi.blogspot.co.uk/
It is stated that RWE might resubmit an application but it is very doubtful and they may no longer be interested with Tories cutting back on 'Green Tax' subsidies.