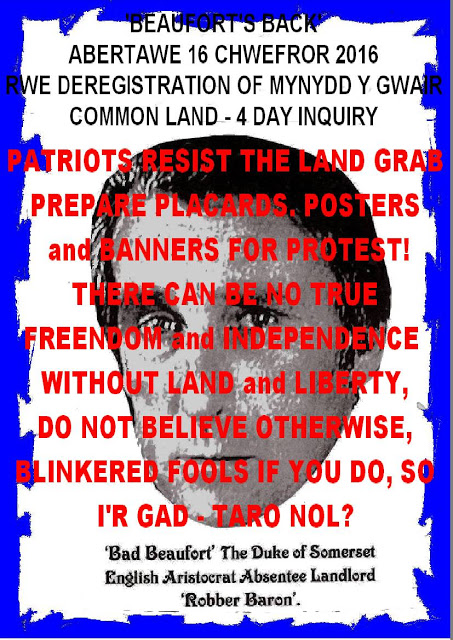 A public inquiry opens on Tuesday (16 February) into the controversial application by RWE Innogy UK Ltd to erect wind turbines and associated infrastructure on Mynydd y Gwair common  north of Swansea.  We object strongly to the application and will be represented by our member Clare Moseley.

Mynydd-y-GwairWe deplore the proposed devastation of this magnificent, sweeping, hilltop common.  The 16 wind-turbines with all the paraphernalia that goes with them will rip the heart out of this special place.  Here people are accustomed to walk and ride in peace.

Clare Moseley’s mother, the late Jan Moseley, was a winner of the Countryside Council for Wales’s ‘My Special Place’ competition in 2005 with her description of Mynydd y Gwair.  She wrote:

I could have chosen a photo of sundew and sphagnum or of the view of surrounding mountains, estuaries and ten counties that can be seen from the top of Mynydd-y-Gwair—but this vast wild plateau loud with skylarks where the weathers meet is essentially where the land and sky join in complete 360 degree harmony. I can step out of my door onto the common and see an unchanged landscape though bronze age eyes; a sacred mountain surrounded by the upper waters of rivers and burial sites.  And all the time the sky changes, throwing cloud shadows and highlighting other parts in gold. At night the total darkness provides a panorama of the stars, and the flitting of bats replaces the majesty of the flight of the red kite by day.

All this would be lost if the wind turbines are allowed on the common.  The objectors will fight doggedly to save their beloved common.

Save Our Common Mountain Environment (SOCME) is among the many objectors.

The inquiry is to be held in the function room at the Dylan Thomas Centre, Somerset Place, Swansea, starting at 10am on Tuesday 16 February 2016 and will sit as required for the rest of the week and on Tuesday 23 February. Anyone may attend.  The inquiry is into the proposed exchange of and works on common land in connection with the proposal to site wind turbines here. 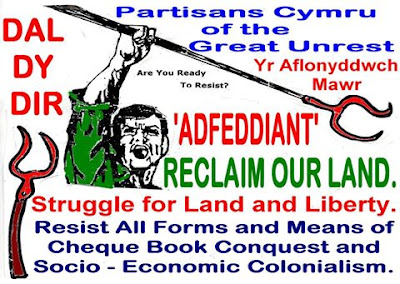