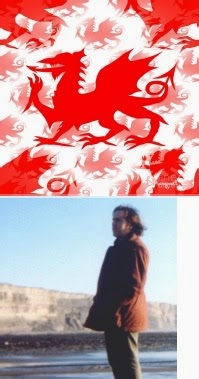 Yr  Aflonyddwch Mawr has recently been sent a copy of a Whispers of a Forgotten Nation by Dr D Ceri Evans and has decided to publish his article on Dialectics has a prelude to the work we are undertaking in 2015 on a People's History of Wales.

Like Gwyn Alf Williams, Dr D Ceri Evans understanding of Wales and Welsh problems was seen through the prism of Marxism and the materialist dialectic.

For Hegel and Marx the dialectic was about becoming and not just being, for Lenin and Mao Zedong it was very much about knowing through doing.

Although Dr D Ceri Evans was from a different Marxist tradition than Yr Aflonyddwch Mawr we both agree with and affirm his writing on the materialist Dialectic..

It is said that men are the logical sex, whilst women possess greater intuition. Intuition is an inexplicable hunch or feeling, whilst logic is a system with definite rules and outcomes.

In this way bourgeois ideology attempts to label women as emotional and irrational whilst men are controlled and methodical.

At the same time, this myth implies that there is something lacking, something lifeless and unfeeling, in the so-called logical approach.

So what is logic?

There are three fundamental laws of formal logic :

- an object is always equal to itself

- no object can belong to two opposing categories at the same time These laws are used by all of us, women and men, every day.

They are the axioms, or basic assumptions, of most mathematics and of digital computing. They are very useful for many practical purposes and all correspond to reality - if we omit motion

However, if we look around us we see that in reality everything is in perpetual motion

All things, be they plants, animals or social systems, are born, develop, age and die.

We therefore need laws that reflect this and approximate to reality more closely than formal logic.

This is what dialectical logic attempts to do, though matching laws totally to reality is impossible, precisely because reality is in continuous motion.

Dialectics is therefore an open and continually developing system, part of the endless process of acquiring and refining knowledge.

It does not reject formal logic but absorbs it as a useful tool, whilst being clear about its limits.

Dialectics can be summarised as: The great basic thought that the world is not to be comprehended as a complex of ready-made things, but as a complex of processes, in which the things apparently stable [...] go through an uninterrupted change of coming into being and passing away. [...] If [...] investigation always proceeds from this standpoint, the demand for final solutions and eternal truths ceases once and for all; one is always conscious of the necessary limitation of all acquired knowledge, of the fact that it is conditioned by the circumstances in which it was acquired. (Engels)

Everything comes into being and exists as a result of definite, or determinate , conditions and causes. But this is only half the truth: things also develop and pass away, a process called negation

All things... meet their doom; and in saying so, we have a perception that Dialectic is the universal and irresistible power, before which nothing can stay, however secure and stable it may seem itself. (Hegel)

The fundamental cause of all motion, or self-movement , is the internal contradictions of the changing thing.

Contradiction is the co-existence of elements opposed to each other, called opposites

The unity and interpenetration of opposites is a keystone of dialectics.

There is a struggle within everything, between that which exists and that which is coming into being. This struggle gives rise to change and is eventually resolved by negation, whereby the previously subordinate qualities become dominant.

Contradiction, above all things, is what moves the world: and it is ridiculous to say that contradiction is unthinkable.

The correct point in that statement is that contradiction is not the end of the matter but cancels itself. (Hegel) Negation is not simply about destroying, it is also its own opposite. It is sometimes termed transcendence , to signify elements of conservation and development as well as destruction.

Out of a negation comes a new affirmation , which in turn contains the seeds of its own negation.

Negation of the negation implies returning, via two negations, to the original affirmation, though at a higher level. Changes which maintain the structure of a thing are called quantitative

At a certain point these changes transform the object: a qualitative change has occurred. This is called the transformation of quantity into quality.

The coexistence of opposing elements within a structure is not random but forms a structured totality or whole, governed by specific relations. These elements at the same time struggle to break up that whole.

Dialectics attempts to look at an object in all its aspects and understand its movement in its totality.

We must look at things not in isolation but in all their interconnections and indirect connections, or
mediacies

The truth is always concrete, never abstract. (Lenin) How well any theory corresponds to reality can only be determined by practice. In the beginning was the deed. [...] The proof of the pudding is in the eating. (Engels)
Posted by nickglais at 12:20